Life at the Colony 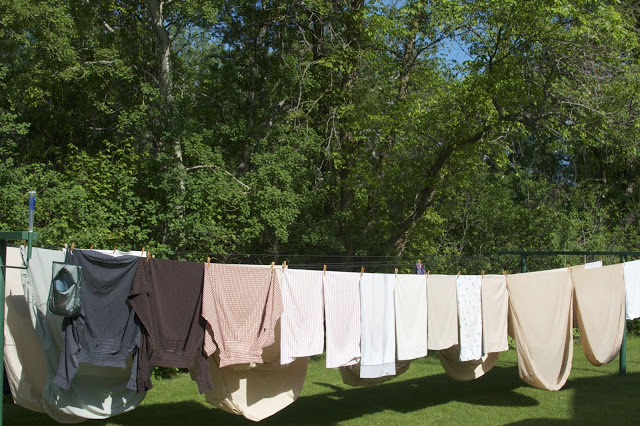 We were so blessed to once again be able to spend a day with our dear friends at the Windy Bay Hutterite Colony, in Manotiba. We sang at their colony last time we were in Manitoba and were so excited to return again this year.
These people have been such a blessing to us-they roll out the red carpet for our family and include us in everything, making us feel so at home and such a part of their colony while we are there.
Above photo…they cleared out their colony laundromat for us and then several ladies basically did all of our laundry. So sweet…there was SO much laundry but they were so insistent to help. 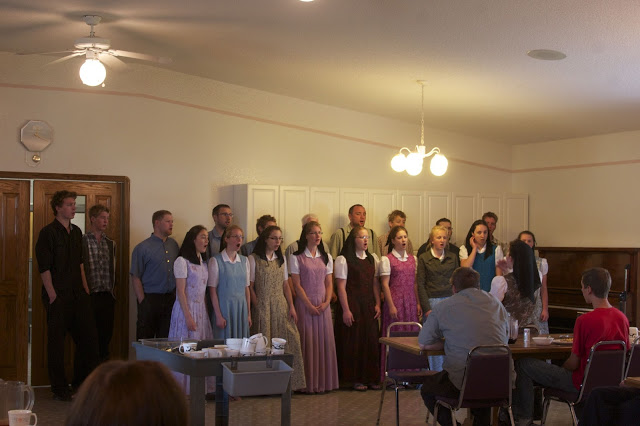 We gave a concert there again and then the young people of the colony sang several songs for us.
It was amazing..their harmony was so beautiful. 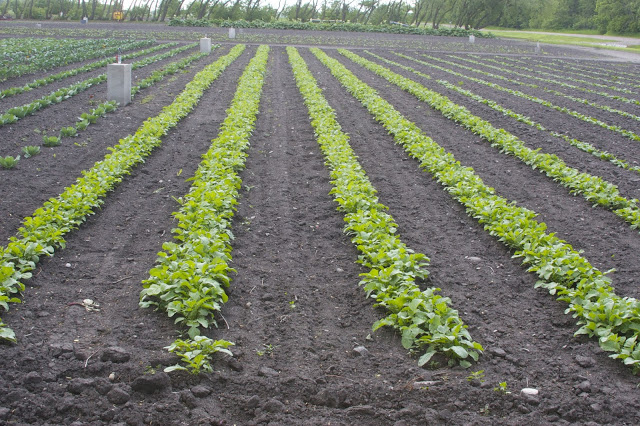 Their gardens are incredible! 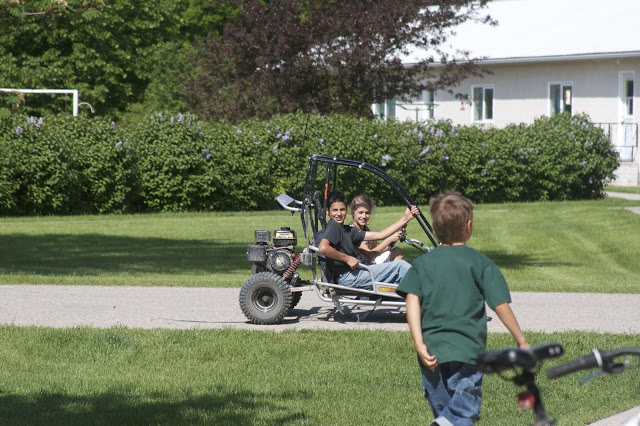 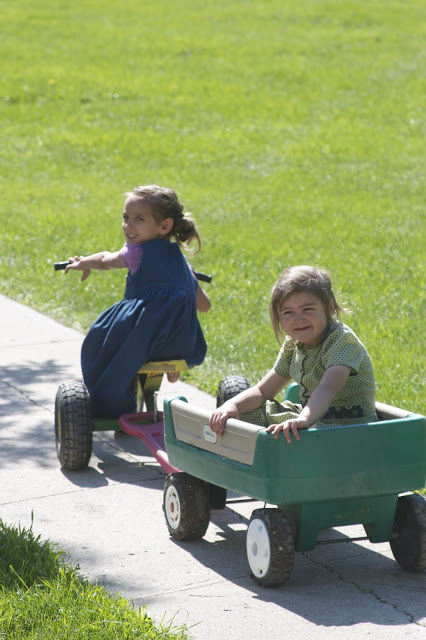 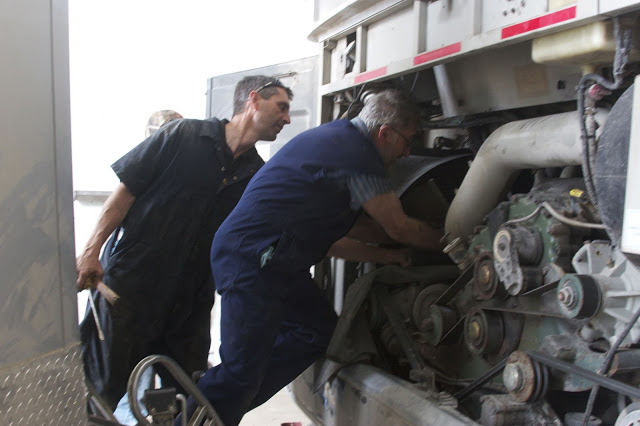 While giving our bus an inspection & fixing a few minor things, the colony mechanics discovered a large hole in our muffler. They kindly took hours out of their day to get everything fixed and get us safely running again.
We were SO thankful that they discovered the hole there and that we didn’t end up with a breakdown on the Alaskian highway! 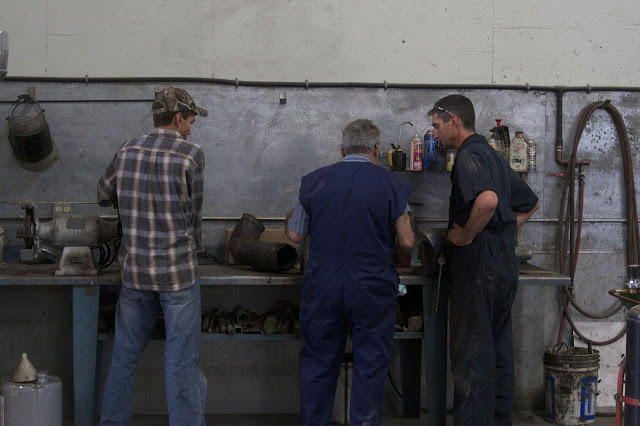 Carson & Dad loved their well-equipped shop and enjoyed helping with the fixing process. 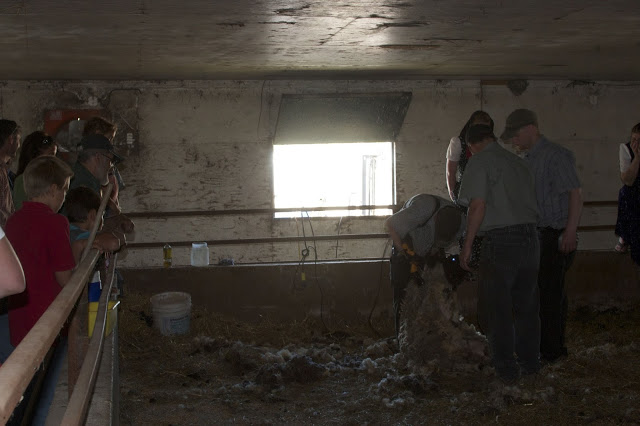 The day we arrived was sheep-shearing day! 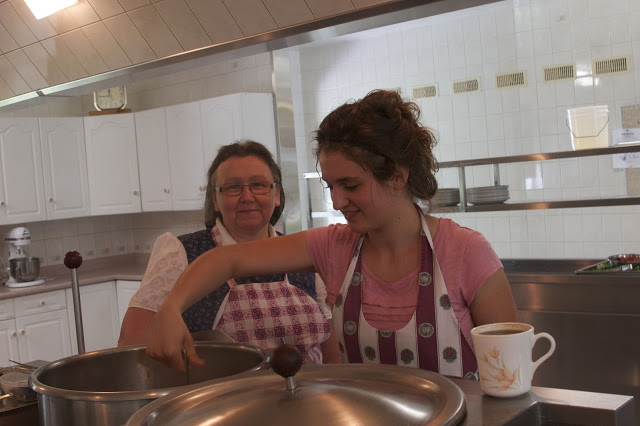 The ladies graciously allowed Allison & I to help with preparing several meals.
It was so fun to work in their big, commercial kitchen.
They make all the meals for the colony there, so everything is BIG and efficient! 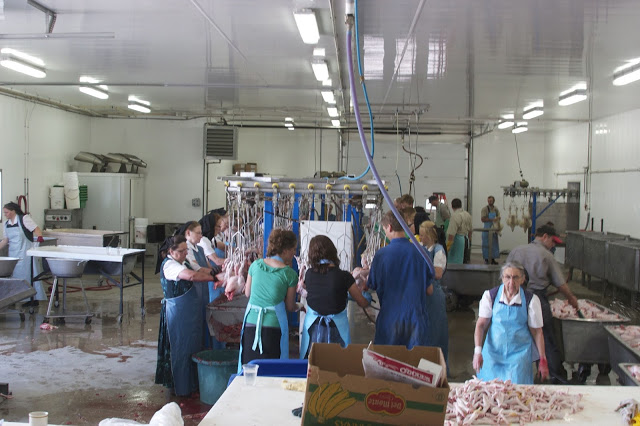 Definitely the highlight for me (and most of us, I think!) was getting to help with chicken butchering the second day we were there.
About every month and a half, the whole colony joins together and butchers 2,000 chickens, which they mostly sell.
It was SUCH a cool system-I could’ve taken pictures all day! We’ve butchered cows and deer but we children had never done chickens before.
(our parents had though)
The whole process was definitely a great example of how much can be accomplished when people work together and everyone does their job.
I know some people aren’t used to blood and things of the following sort so you are welcome to stop reading if that is you.
Just consider yourself warned. =)
(note: NO comments about how disgusting this is, or how unkind to “the poor chickens”, or anything of that sort, will be posted. I’m quite certain that most of our blog readers eat chicken, and I assure you that every bite of chicken you eat was at this stage sometime before it entered your freezer =)) 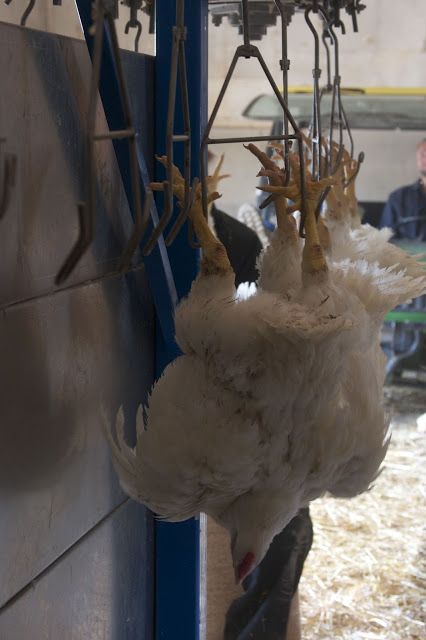 It started here, where several guys caught the chickens and hung them by their feet to the above racks on the conveyor.
The racks moved around slowly from this side… 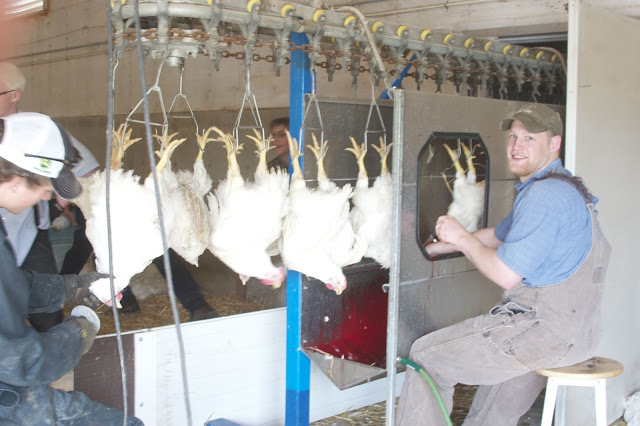 ….to just a few inches ahead, where they were bopped on the beak by the guy on the left. He used this little wand thing that electrocuted them. They obviously died instantly. Next they moved by the guy to the right, who cut a slit in their neck so that most of the blood could be drained by the time they got to the next “station”. 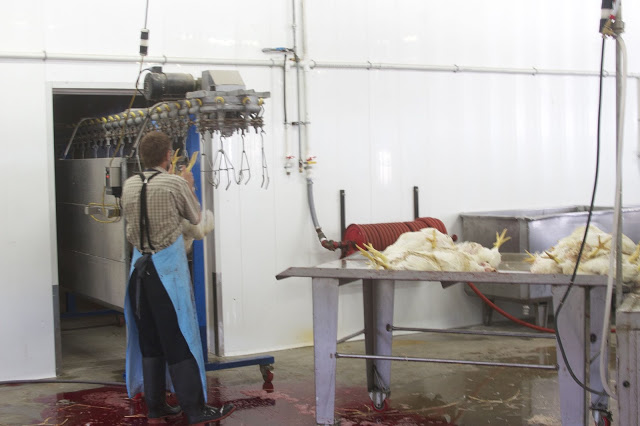 So now the chickens came on the conveyor, through the doorway into the room where all the rest of us were.
The guy above pulled the chickens from the conveyor and threw them onto the above table… 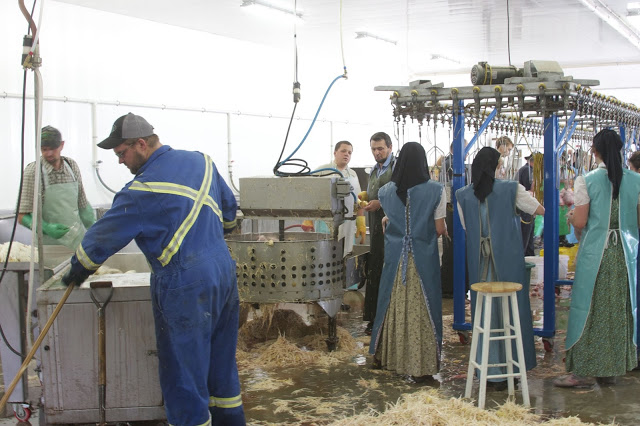 …where they then were dumped into the scalding tank, to the left. 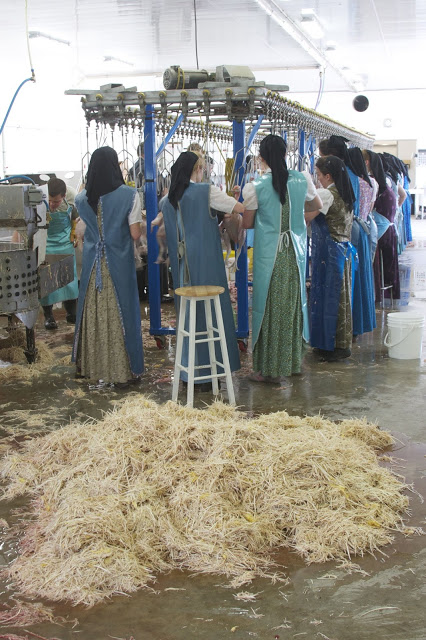 the piles of feathers (that came off after being in the scalding tank)
From the scalding tank, the chickens were hung by their necks & feet from the above conveyor and were moved slowly around to the right. 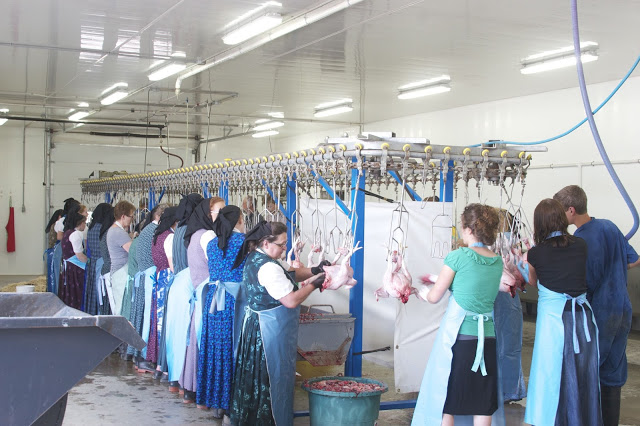 each person had their various assigned job, either cutting or cleaning out some part of the chicken.   Along the whole line of the hutterite ladies, the extras were dropped into the trough below and emptied into the bucket at the end of the line. Then there was a person whose job was specifically to empty all the waste buckets. 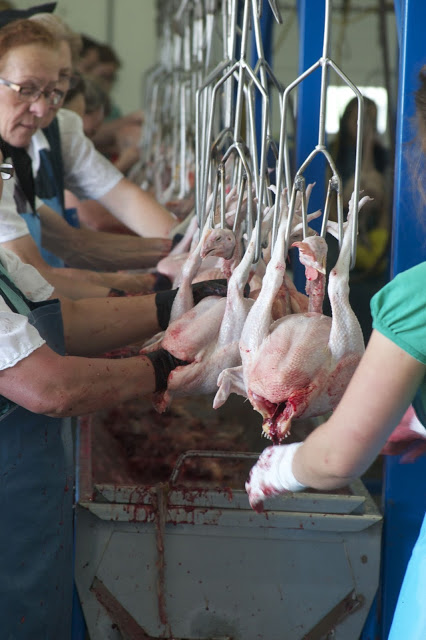 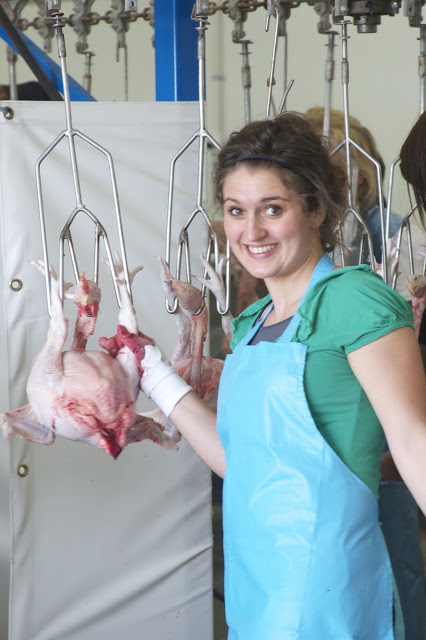 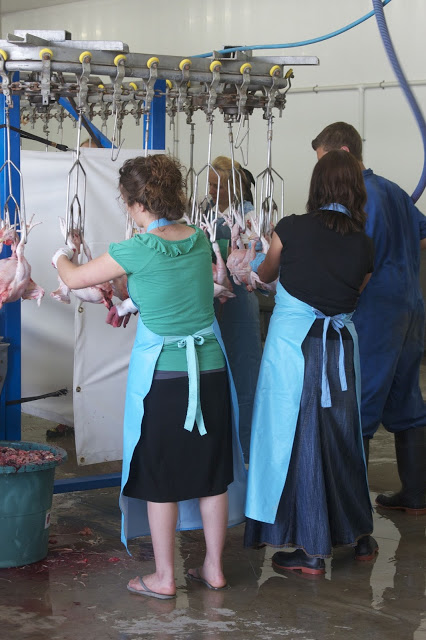 Allison & mom & I cut off extra feathers that had been missed in the scalding part.
The whole process was so fast-the chickens were still hot when they got to our end of the conveyor. 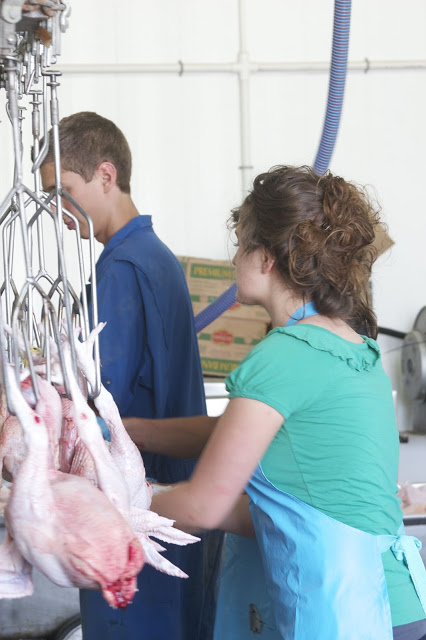 Mitchell had a cool job-he got to run this suction hose thing that cleaned out any “extras” still left inside the chickens. =)
Following that, the chickens were hosed off several times… 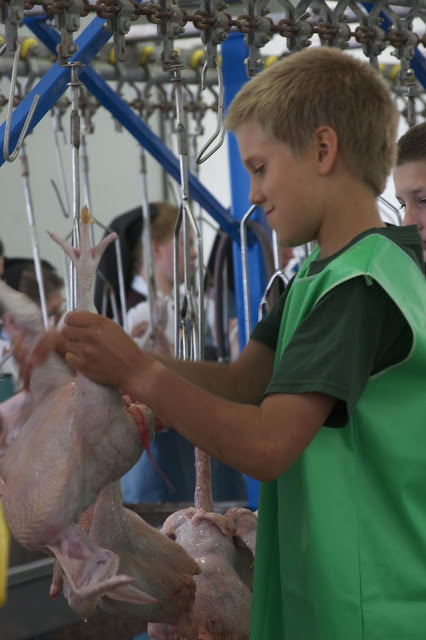 …And then Taylor and his friend William did the one of the lasts steps-hooked the chickens legs up beside the necks. 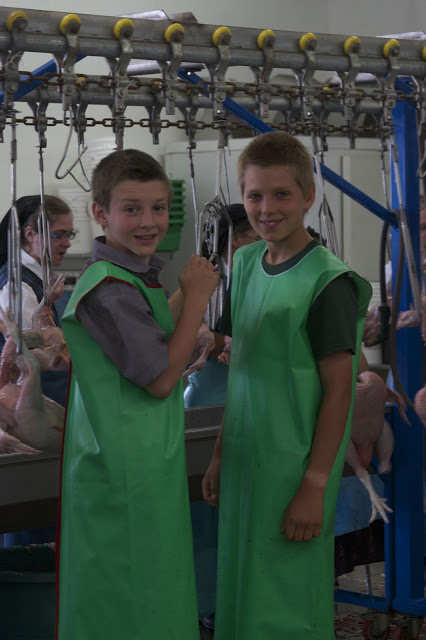 Smiles! They had so much fun-they were chatting away the whole time and Taylor hooked those 4000 chicken legs like a pro. =)
Following Taylor’s job…the chickens arrived at the last “station” where their heads were snipped of with a sharp scissors and they were placed in big bins of cold water to chill. 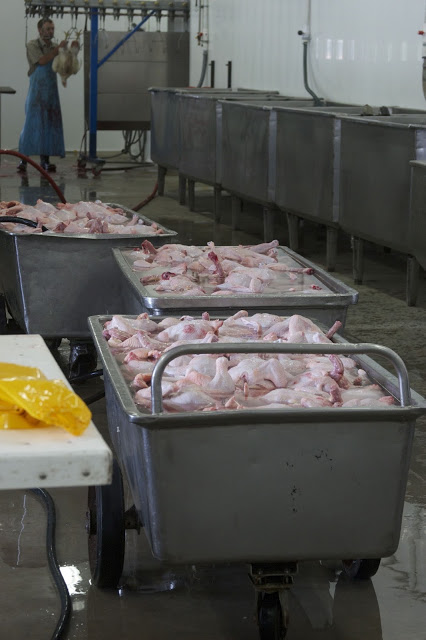 All done and cooling! 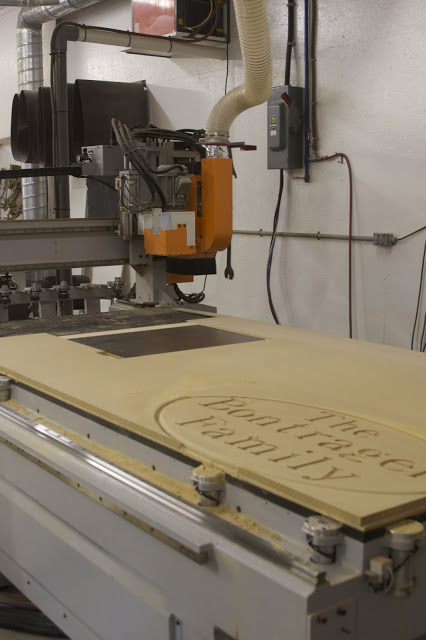 The colony had just gotten a new laser cutter and the guy that runs it designed and cut out this beautiful plaque as a gift to our family.

“And whatsoever ye do, do it heartily, as to the Lord, and not unto men.”
Colossians 3:23

-posted by Chelsy
Previous
Next