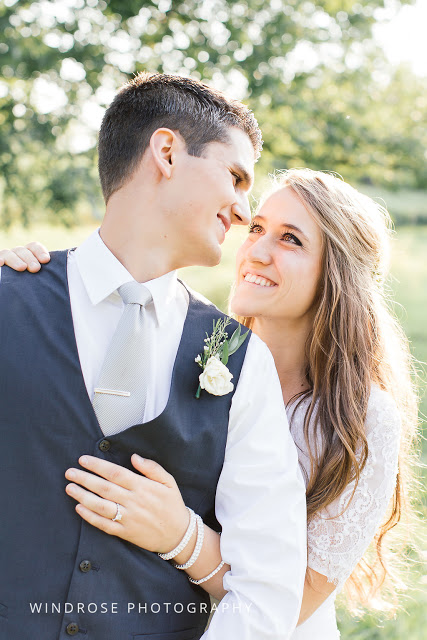 Hello friends! Today we have Josh + Cass guest-posting here on the blog, to share their love story with y’all! We hope you are encouraged by their story of God’s goodness in their lives!
The pictures are all taken in random order throughout their relationship. Enjoy! 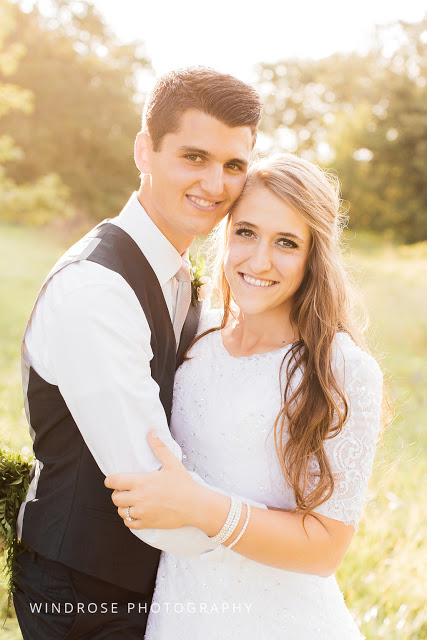 Josh and Cass: Our Providential Journey Towards Marriage

When did you first meet?
(JOSH) In 2010, my family and I first heard about the Bowers through their award-winning documentary, Agenda: Grinding America Down. In 2011, we booked our first tour through Idaho, home at the time to the Bowers. Consequently, Dad decided to contact Mr. Bowers to ask if we could stop by their house, although to the rest of us that sounded rather strange. In July of 2011, I enjoyed the most delicious taco salad I have ever tasted in my life at the Bowers’ house in Caldwell, Idaho. However, all was not love at first sight. I was 14 at the time, quite shy and uncomfortable with talking to the alien gender. =) Though Cassidy and I met on that first visit, it would be several years until the tiny seed of our relationship received the water and sunshine it needed to grow to maturity.
(CASS) In 2011, we had a number of families who’d seen AGENDA and asked to stop by for a visit. One of these was the Bontrager family. We checked out their blog, ordered a few of their CD’s and were very excited to meet them!  I remember a few lively conversations with their daughters and being quite unimpressed with their boy’s social skills. 🙂
My first piano teacher told me when I was very young that I should start praying for my future husband by name. I randomly chose “Joshua”, and started praying. I certainly didn’t think when we first met that it would be THIS Josh! 🙂 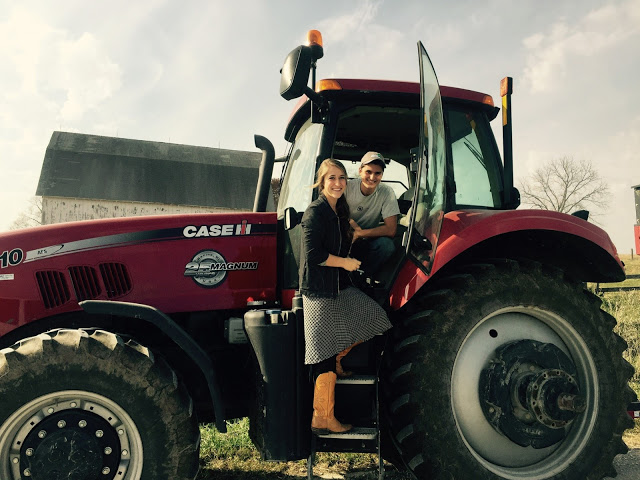 (we started our relationship right before harvest season, so…first date was Cass riding with Josh while hauling grain!)

When did you first seriously think about the other one as a possibly?
(JOSH) Three years later, (2014) Dad invited the Bowers family to sing and speak at our Annual Turning Hearts Celebration. This time, I was bit older and a lot more comfortable talking to girls. I enjoyed the time spent with the entire Bowers family that weekend, especially my conversations with Mr. Bowers. It was then I knew that he would be a great father-in-law. Additionally, I had a couple great conversations with Cassidy and got to know her a lot better. After they left, I first seriously entertained the thought of Cassidy as my future life partner.
(CASS) In September 2014, our family went to sing and speak at the Bontrager’s Annual Turning Hearts Celebration. We were so blessed by their meaningful sibling relationships and the family teamwork to put the event together. I thoroughly enjoyed conversations I had with each of them. On Monday night during volleyball I talked with Joshua for a few minutes. I was deeply inspired by his desire to stand for truth, his love for the Lord, and his heart for God’s Word. I prayed during that conversation that I could be Joshua’s wife someday if it was God’s will.  Little did I know that three years later, to the day, we would be married in that exact field! 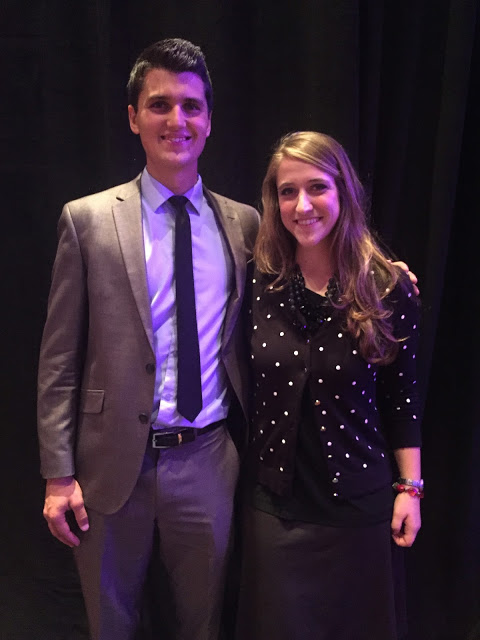 (together at the 2016 National Bible Bee Awards Ceremony + Dinner)
How did you get to know each other better? When did you start praying specifically about the other one?
(JOSH) Our families bumped into each other quite a bit in 2015. In fact, I saw Cassidy about 5 times that year. The more I got to know her, the more I came to appreciate her honor for her parents, her joyfulness, her love for learning, her friendliness, and her passion for God. I begin to sense God’s direction and started praying seriously about Cassidy in November of 2015.
(CASS) Over the year we crossed paths with their family here and there. I was involved with our family business and ministry and hadn’t considered it much again. In November 2015, my father pulled me aside and suggested I consider praying about Joshua. I did for a little bit but was quite sure that he was out of my league so I continued focus on the myriad of family projects at hand! 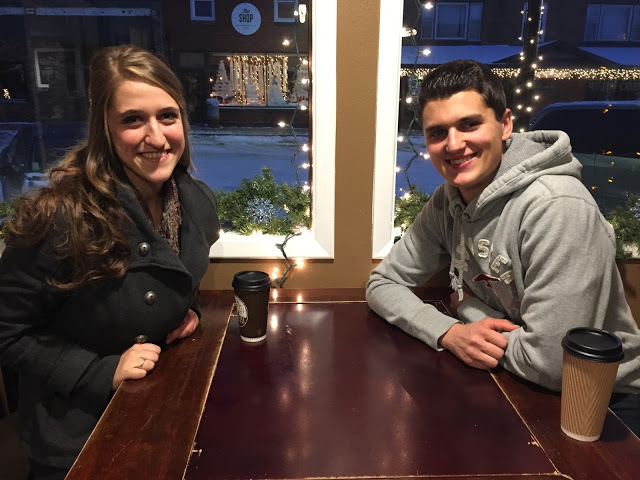 (there were MANY coffee dates at our favorite local hangout!)
When and how did the relationship begin?
(JOSH) After much prayer and conversation with my parents, I finally felt led to talk to Mr. Bowers about Cassidy at Homeschool Family Camp 2016. This was roughly 10 months after I had begun seriously praying about Cassidy. The camp started on a Sunday afternoon, so I picked Monday afternoon as my target time to snag Mr. Bowers. Before Monday lunch, I asked Mr. Bowers if I could discuss a few things with him after sometime after lunch. Since we had previously had great conversations about politics, college, business, and life purpose, he agreed unsuspiciously. Little did I know the depth of patience I would develop that afternoon!
Soon, the waiting began that was to finally culminate in my desired conversation with Mr. Bowers. After lunch, I began my man-hunt, only to realize that my trophy was taking a nap in his bus. Since our bus was parked nearby, I sat in the front seat and nervously studied my college coursework while Mr. Bowers dozed. Finally, at least three hours later, Mr. Bowers emerged from hibernation in his bus-cave, though fortunately for me, he was not in a bearish mood. =) After I hopped out of the bus, we walked down to a stream, where I told him how much I appreciated their family and especially Cassidy. Then I asked if Cass and I could get to know each other better. After gaining Mr. Bowers’ blessing I talked to Cassidy and she agreed to beginning a relationship with the purpose of marriage. Almost exactly 12 months later, we were married.
(CASS) By September 2016 Joshua was totally off my mind. We came back to sing and speak again for Turning Hearts and greatly enjoyed our time! That week I started praying about my sister Carolina and Carson. I was totally shocked the next week at Family Camp when Josh talked to my Dad and then asked me if I was willing to begin a relationship! I had no idea where it would lead but I felt peace about saying YES. I’m VERY glad I did! 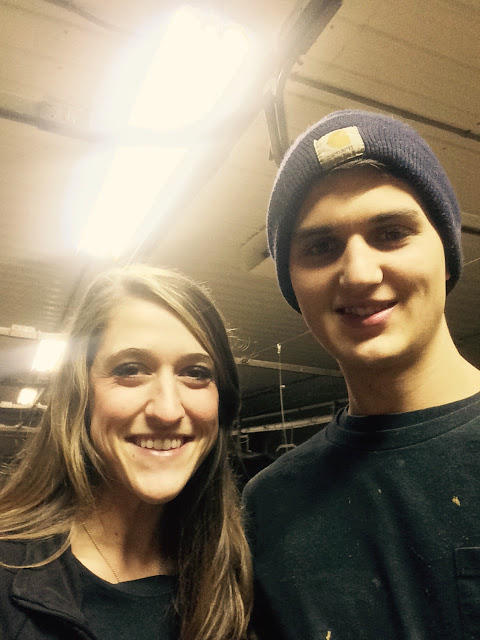 (4am selfie while milking the cows together one winter morning!)
How did you grow the relationship?
Although we enjoyed quite a few conversations the first week of our relationship, we were reduced to the communication modes of email and phone for the next four weeks as both of our families were traveling. Thankfully, however, the Bowers settled in Iowa in mid-October. That fall we enjoyed tractor dates, walks, coffee + dinner dates, and milking cows together. We had to work extra hard to grow our relationship while I (Josh) traveled with my family for about 12 weeks in January through March. Thankfully Cassidy joined the family several times on tour in Tennessee, Georgia, South Carolina, and Texas. Additionally, Cassidy joined us for a week during July in Alaska. Through distance, we learned to appreciate each other even more. 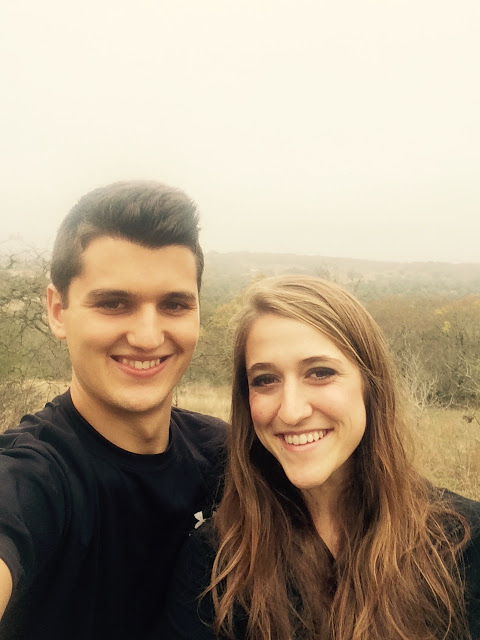 (hiking date together in the Texas hill country of Fredricksburg)
When/how did you get engaged?
After much prayer, reflection, and counsel, I (Josh) sensed the timing was right. On May 31, 2017, we enjoyed a picnic date by a stream. After we ate, we walked down to the stream, where I told Cass how much I loved and appreciated her. I then asked if she would marry me and she said yes! 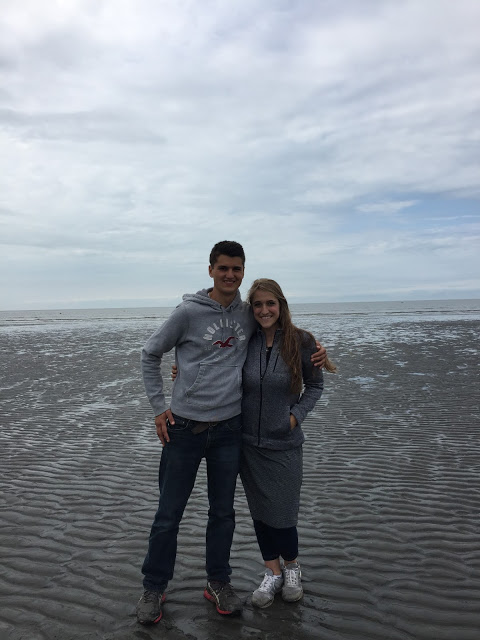 (Cass was able to come join us for a week in Alaska this summer!)
Where did you honeymoon?
We spent ten fantastic days at a secluded cabin in Wisconsin. 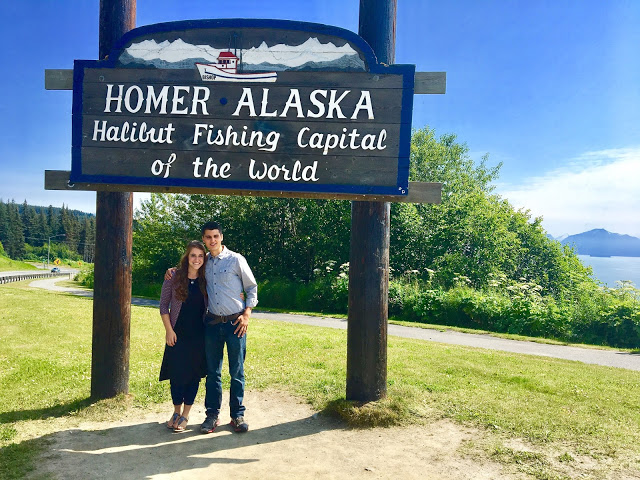 What things are you grateful you did or didn’t do during your relationship?
Having a Christ-centered relationship proved to be a tremendous blessing. We chose to fast together one day a week, in addition to studying I Peter, Colossians, and some of the Psalms. We often shared with each other what the Lord was teaching us through His Word, prayer, and life experiences. As we focused on Christ, the Lord drew us closer together.
We’re also grateful that we chose to limit our physical touch before marriage. Exercising self-restraint before marriage has allowed us to enjoy it so much more after marriage. 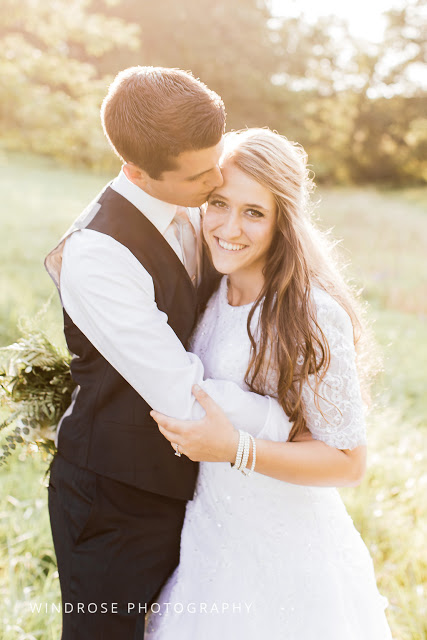 What do you appreciate most about the other one?
(JOSH) To me, Cassidy embodies everything virtuous, noble, pure, true, and lovely. I appreciate her joyfulness, contentment, surrender to God’s will, beautiful smile, unending support, affirmation, respect, flexibility, love for people, modesty, creativity, resourcefulness, conviction, and insight. Most of all, I appreciate how much fun she is to be with every day. I’m thrilled with serving the Lord together and could not imagine life without her!
(CASS) I so appreciate Joshua’s deep love for the Word of God, his incredible patience, listening skills, thoughtfulness, wisdom, passion for truth, irresistible enthusiasm, humility, daily encouragement, love for books and history, tenderness, strong spiritual leadership and amazing sense of humor. He is the most disciplined, diligent, dashing, gracious and loving man I have ever met. It is an absolute joy to be his wife! Lord willing, I am looking forward to the next 80+ years of adventures together. 🙂 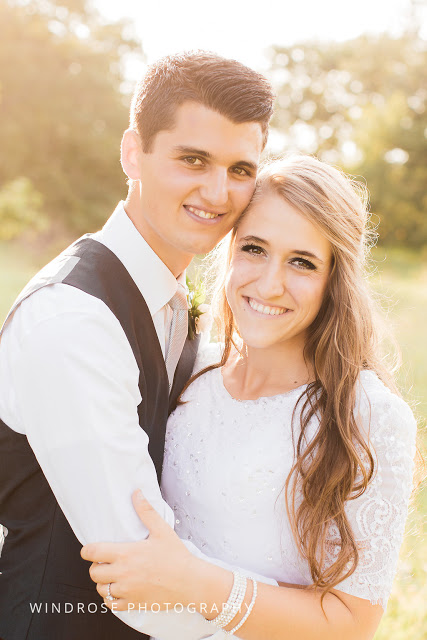 15 weeks later….
Today, our life is split between farming and traveling with the family band. We don’t know where to the Lord might lead us in the future, but we know it will be thrilling just to serve Him together wherever He leads! 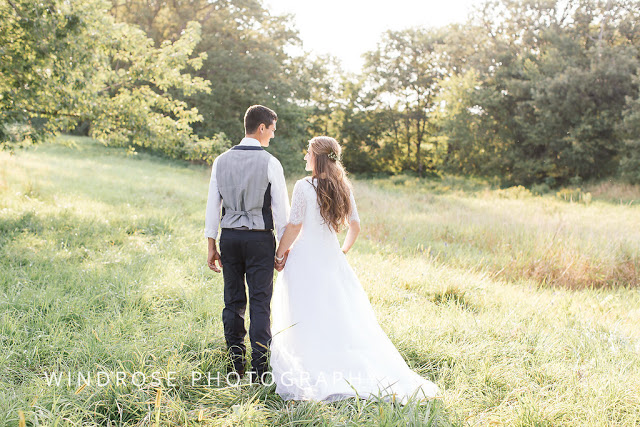 “He hath made everything beautiful in His time…”
Ecclesiastes 3:11
Previous
Next